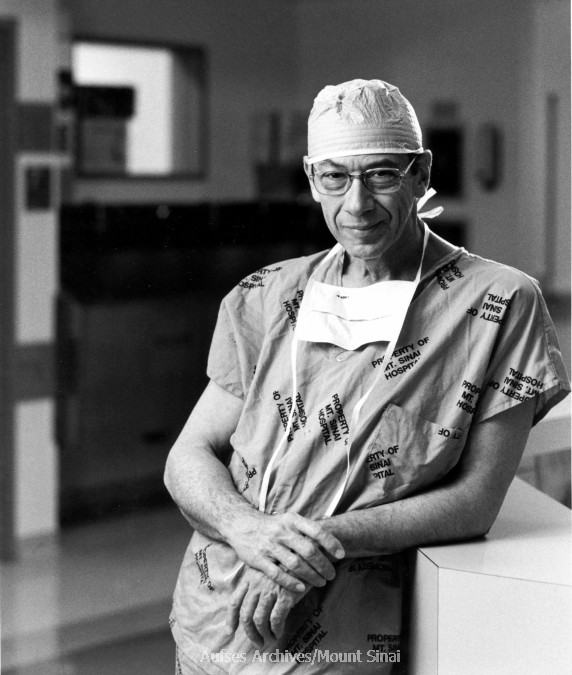 It is with great sadness that we share news of the passing of our dear friend and supporter Arthur H. Aufses, Jr., MD, one of the Mount Sinai Health System’s most respected physicians and Chairman Emeritus of The Ruth J. & Maxwell Hauser and Harriet & Arthur H. Aufses, Jr., MD Department of Surgery at The Mount Sinai Hospital, and Professor in Surgery as well as the Department of Population Health Science and Policy.

An innovative leader who served as Chair of the Department of Surgery from 1974-1996, Dr. Aufses ushered in Mount Sinai’s adoption of laparoscopic surgery and oversaw the expansion of ambulatory surgery and the hospital’s transplant program. He organized the surgical team that performed the first liver transplant in New York State in 1988.

Within Mount Sinai, Dr. Aufses served as a mentor to many residents and fellows and helped to break down barriers for women and minority surgeons. Over the years, he received many Excellence in Teaching awards from the Icahn School of Medicine at Mount Sinai, as well as institutional honors, including the Alumni Association’s Jacobi Medallion, and the Alexander Richman Award for Humanism in Medicine. He was the holder of Mount Sinai’s Gold Headed Cane from 1982 to 1997. On 17 occasions, medical students selected Dr. Aufses to administer the Oath of Maimonides or the Oath of Hippocrates at commencement, and on three occasions he was chosen to serve as Commencement Grand Marshal. In May 2003, Dr. Aufses delivered the medical school’s commencement address and was awarded an honorary Doctor of Humane Letters.

Dr. Aufses also had a keen interest in Mount Sinai’s long and storied history, and published two books on the subject with institutional archivist Barbara Niss. This House of Noble Deeds: The Mount Sinai Hospital, 1852-2002 (New York University Press, 2002), chronicled the 150-year history of The Mount Sinai Hospital, focusing on the accomplishments of the staff since its origin as The Jews’ Hospital in the City of New York. Teaching Tomorrow's Medicine Today: The Mount Sinai School of Medicine, 1963-2003 (New York University Press, 2005), detailed the first forty years of the Icahn School of Medicine at Mount Sinai.

In April 2017, Dr. Aufses’ support of the Archives was made clear when the Mount Sinai Archives was formally dedicated as the Arthur H. Aufses, Jr. MD Archives.

The staff of the Arthur H. Aufses, Jr., MD Archives will miss Dr. Aufses’ kindness, sense of humor, and selfless service to Mount Sinai. Dr. Aufses was calm and steady in the operating room and in life. He delighted in his trainees’ achievements and set an example of honesty, integrity, and loyalty for those who followed him. He was a true Mount Sinai Giant.