Today, November 11th, we recognize Veterans Day to honor all who have served. Originally known as Armistice Day in the United States, Veterans Day falls on November 11th because it is the anniversary of the signing of the Armistice that ended World War I in 1918. Later in 1954, the holiday was changed to "Veterans Day" in order to include all veterans in all wars.

This observance honoring veterans is also held in other countries under different names. Canada's November 11th celebration is called Remembrance Day and citizens honor their veterans by wearing red poppy flowers. England also calls it Remembrance Day but observes it on the Sunday closest to November 11th and holds parades, services and two minutes of silence.

On this day that we honor and celebrate, be sure to thank the veterans in your life. 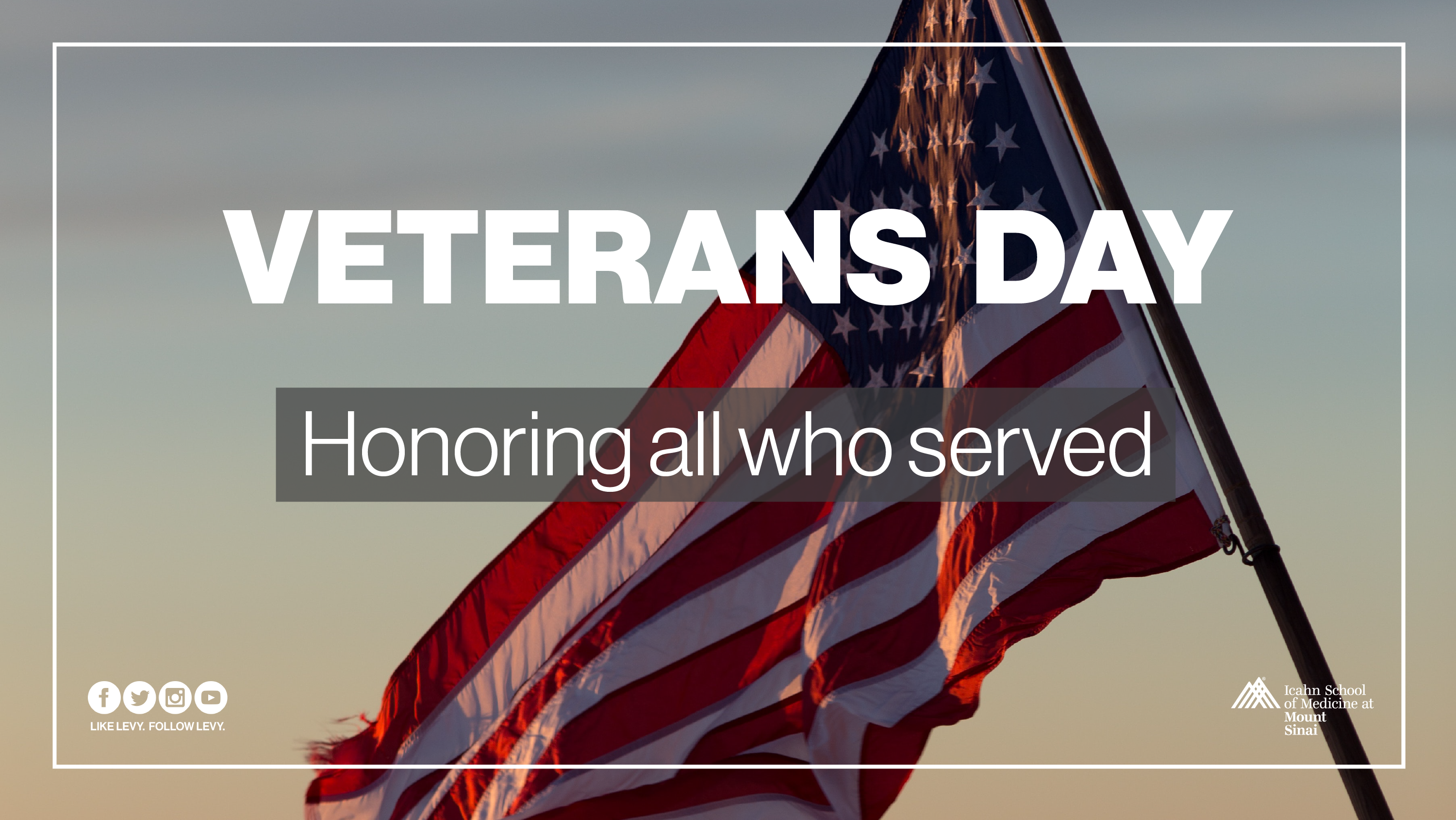 Research Discovery: A Better Search Experience with The Levy Library!
Hey You're New Here! Welcome New MSHS Residents & Fellows
Staying In the Know: News & Magazine Access with The Levy Library
COVID-19 Research Contributions by Mount Sinai Authors
Things must change and we all need to be a part of this change. If you don’t know where to begin, start here.