Beyond the Stacks: Making Gay History

Making Gay History is a podcast dedicated to bringing the voices of LGBTQIA+ history to life through intimate conversations – featuring trailblazers, activists, and allies. Started in 2016, it is compiled from a three-decade-old audio archive of rare interviews that the podcast’s founder and host, Eric Marcus, conducted for his award-winning oral history novel of the LGBTQ civil rights movement.

Eric recorded over 100 interviews in the late 1980s for the first edition of his book titled Making History – The Struggle for Gay and Lesbian Equal Rights. This edition was published in 1992 and became a Stonewall Book Award winner. The second edition re-titled Making Gay History was published in 2002, which expanded on the first version and included more recent LGBTQ pioneers. Eric’s books trace the unfolding of the American LGBTQ civil rights movement from a group of small independent and underground organizations to a national movement, covering events from 1945 through 1990. The individuals interviewed within describe how changes in American society were brought about, and how they each bore witness to times of astonishing change as they struggled against prejudice and fought for their equal rights in the latter of the 20th century.

The interviews provide a unique roadmap to America’s LGBTQ community, its long history of resistance, and include stories and life experiences from well-known figures like Sylvia Rivera, Vito Russo, Marsha P. Johnson, Larry Kramer, Edith D, Eyde (Lisa Ben), Pauline Phillips (Dear Abby) and more. This podcast expands on these interviews and endeavors to keep those voices alive and bring those important queer historical stories and figures back to life.

In 2019, The Atlantic named Making Gay History’s Stonewall season one of the best podcasts of the year. The podcast’s ninth season will debut in July 2021, focusing on the AIDS crisis.

The interviews have since been adapted for the stage at New York University’s Steinhardt School and digitized by the New York Public Library archive. 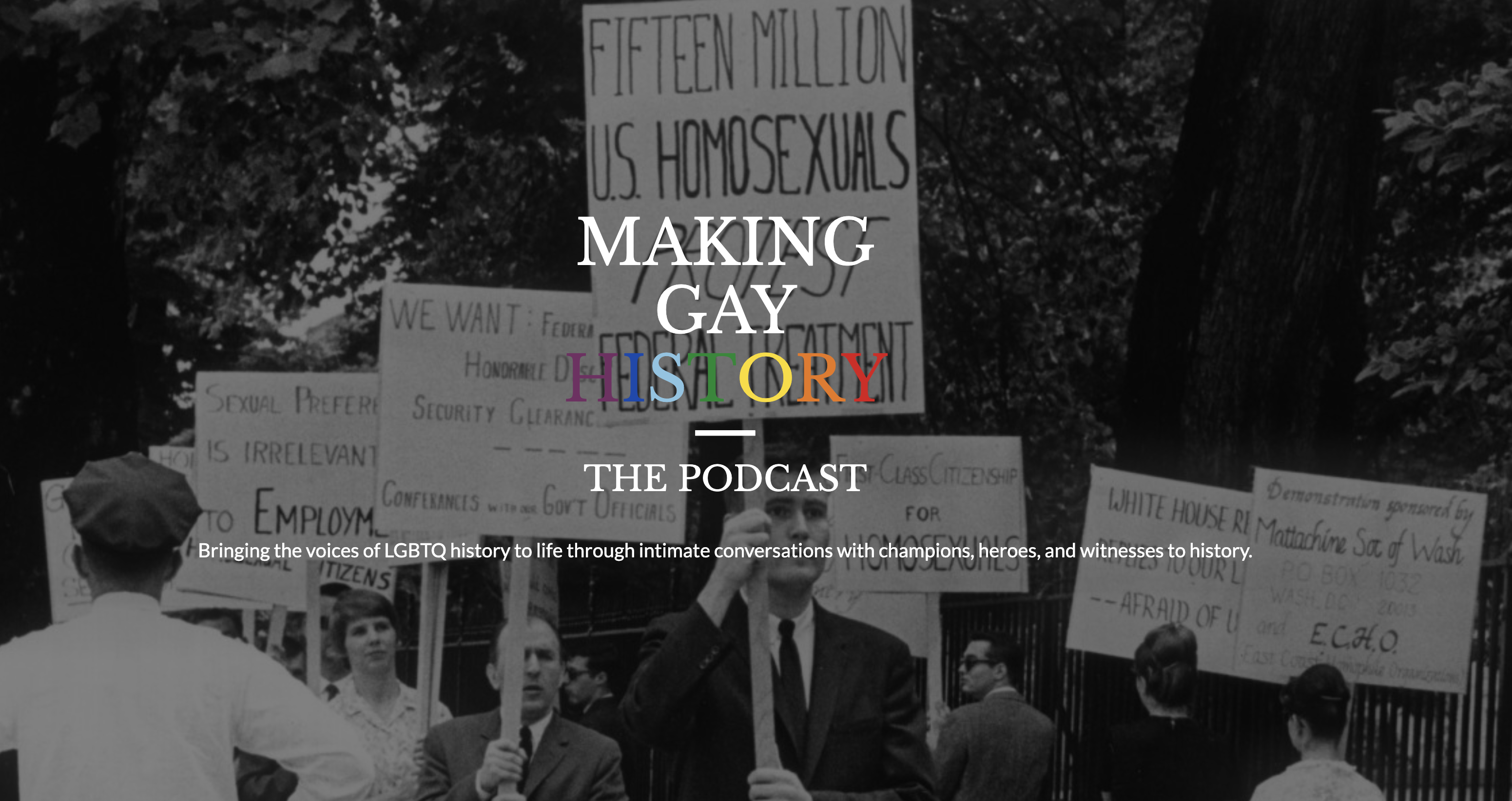