Article in the Spotlight: October 2021

SARS-CoV-2 mRNA-based vaccines are about 95% effective in preventing COVID-191,2,3,4,5. The dynamics of antibody-secreting plasmablasts and germinal centre B cells induced by these vaccines in humans remain unclear. Here we examined antigen-specific B cell responses in peripheral blood (n = 41) and draining lymph nodes in 14 individuals who had received 2 doses of BNT162b2, an mRNA-based vaccine that encodes the full-length SARS-CoV-2 spike (S) gene1. Circulating IgG- and IgA-secreting plasmablasts that target the S protein peaked one week after the second immunization and then declined, becoming undetectable three weeks later. These plasmablast responses preceded maximal levels of serum anti-S binding and neutralizing antibodies to an early circulating SARS-CoV-2 strain as well as emerging variants, especially in individuals who had previously been infected with SARS-CoV-2 (who produced the most robust serological responses). By examining fine needle aspirates of draining axillary lymph nodes, we identified germinal centre B cells that bound S protein in all participants who were sampled after primary immunization. High frequencies of S-binding germinal centre B cells and plasmablasts were sustained in these draining lymph nodes for at least 12 weeks after the booster immunization. S-binding monoclonal antibodies derived from germinal centre B cells predominantly targeted the receptor-binding domain of the S protein, and fewer clones bound to the N-terminal domain or to epitopes shared with the S proteins of the human betacoronaviruses OC43 and HKU1. These latter cross-reactive B cell clones had higher levels of somatic hypermutation as compared to those that recognized only the SARS-CoV-2 S protein, which suggests a memory B cell origin. Our studies demonstrate that SARS-CoV-2 mRNA-based vaccination of humans induces a persistent germinal centre B cell response, which enables the generation of robust humoral immunity. 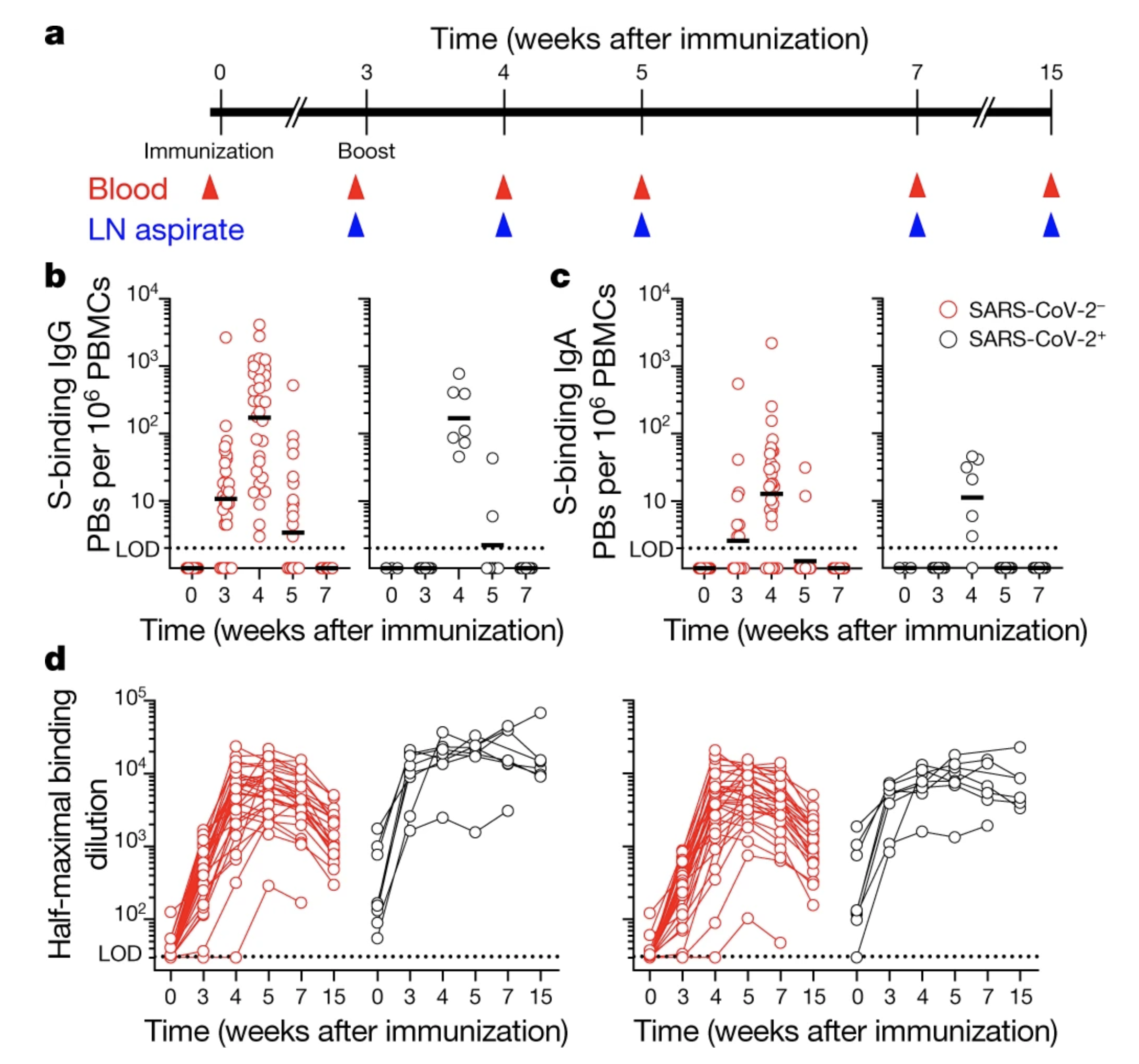