Article in the Spotlight: March 2022

This month we highlight Estimation of the global prevalence of dementia in 2019 and forecasted prevalence in 2050: an analysis for the Global Burden of Disease Study 2019. This article was written in part by Howard M. Fillit MD.

Given the projected trends in population ageing and population growth, the number of people with dementia is expected to increase. In addition, strong evidence has emerged supporting the importance of potentially modifiable risk factors for dementia. Characterising the distribution and magnitude of anticipated growth is crucial for public health planning and resource prioritisation. This study aimed to improve on previous forecasts of dementia prevalence by producing country-level estimates and incorporating information on selected risk factors.

We forecasted the prevalence of dementia attributable to the three dementia risk factors included in the Global Burden of Diseases, Injuries, and Risk Factors Study (GBD) 2019 (high body-mass index, high fasting plasma glucose, and smoking) from 2019 to 2050, using relative risks and forecasted risk factor prevalence to predict GBD risk-attributable prevalence in 2050 globally and by world region and country. Using linear regression models with education included as an additional predictor, we then forecasted the prevalence of dementia not attributable to GBD risks. To assess the relative contribution of future trends in GBD risk factors, education, population growth, and population ageing, we did a decomposition analysis.

We estimated that the number of people with dementia would increase from 57·4 (95% uncertainty interval 50·4–65·1) million cases globally in 2019 to 152·8 (130·8–175·9) million cases in 2050. Despite large increases in the projected number of people living with dementia, age-standardised both-sex prevalence remained stable between 2019 and 2050 (global percentage change of 0·1% [–7·5 to 10·8]). We estimated that there were more women with dementia than men with dementia globally in 2019 (female-to-male ratio of 1·69 [1·64–1·73]), and we expect this pattern to continue to 2050 (female-to-male ratio of 1·67 [1·52–1·85]). There was geographical heterogeneity in the projected increases across countries and regions, with the smallest percentage changes in the number of projected dementia cases in high-income Asia Pacific (53% [41–67]) and western Europe (74% [58–90]), and the largest in north Africa and the Middle East (367% [329–403]) and eastern sub-Saharan Africa (357% [323–395]). Projected increases in cases could largely be attributed to population growth and population ageing, although their relative importance varied by world region, with population growth contributing most to the increases in sub-Saharan Africa and population ageing contributing most to the increases in east Asia.

Growth in the number of individuals living with dementia underscores the need for public health planning efforts and policy to address the needs of this group. Country-level estimates can be used to inform national planning efforts and decisions. Multifaceted approaches, including scaling up interventions to address modifiable risk factors and investing in research on biological mechanisms, will be key in addressing the expected increases in the number of individuals affected by dementia. 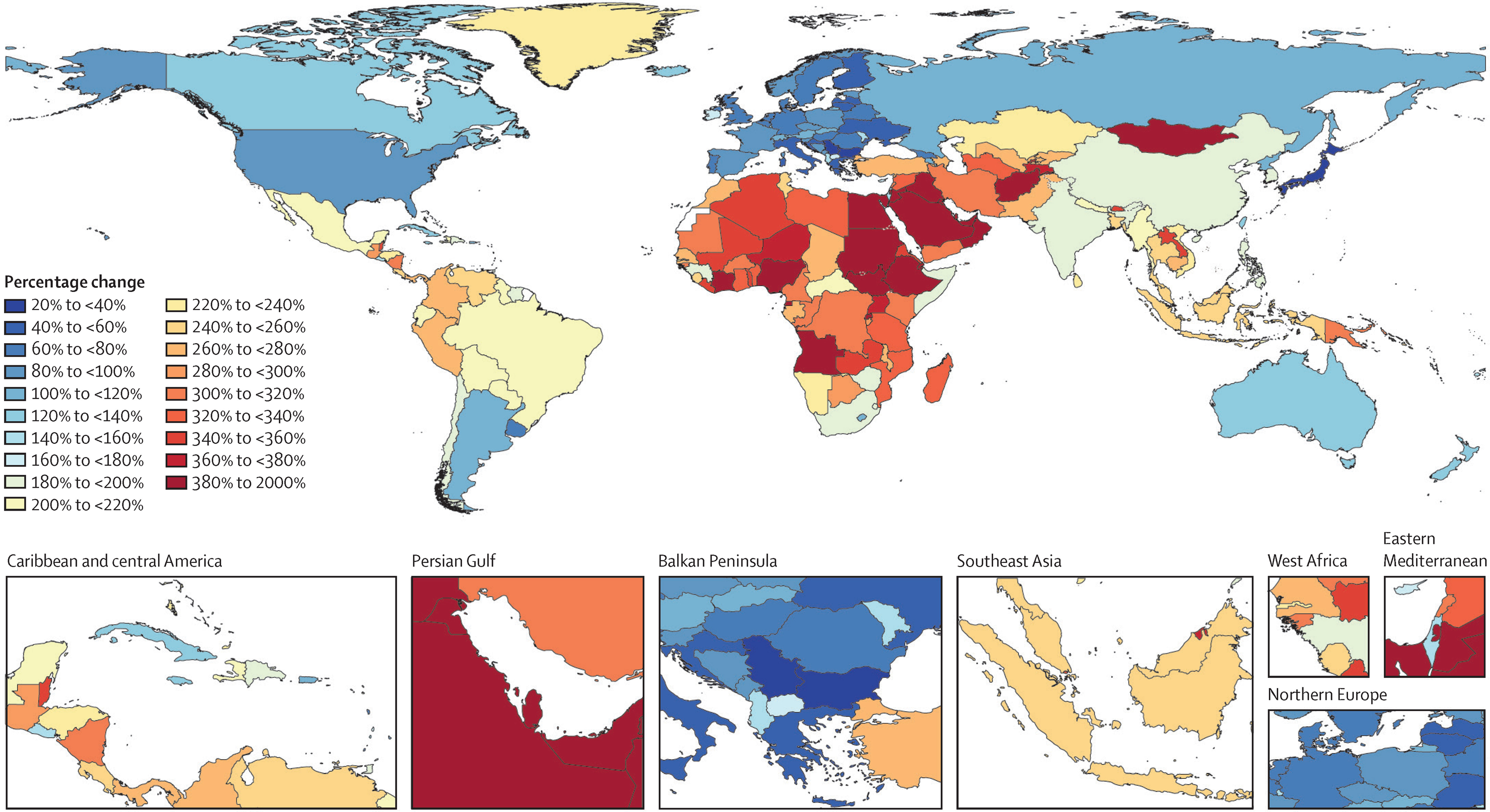 Complete Anatomy Changes to Activation
Updates on Mask Requirements in the Library
JoVE Full Video Library Now Available With the Levy Library
Article in the Spotlight: April 2022
Stamp Out Stress With These Featured Wellness Resources